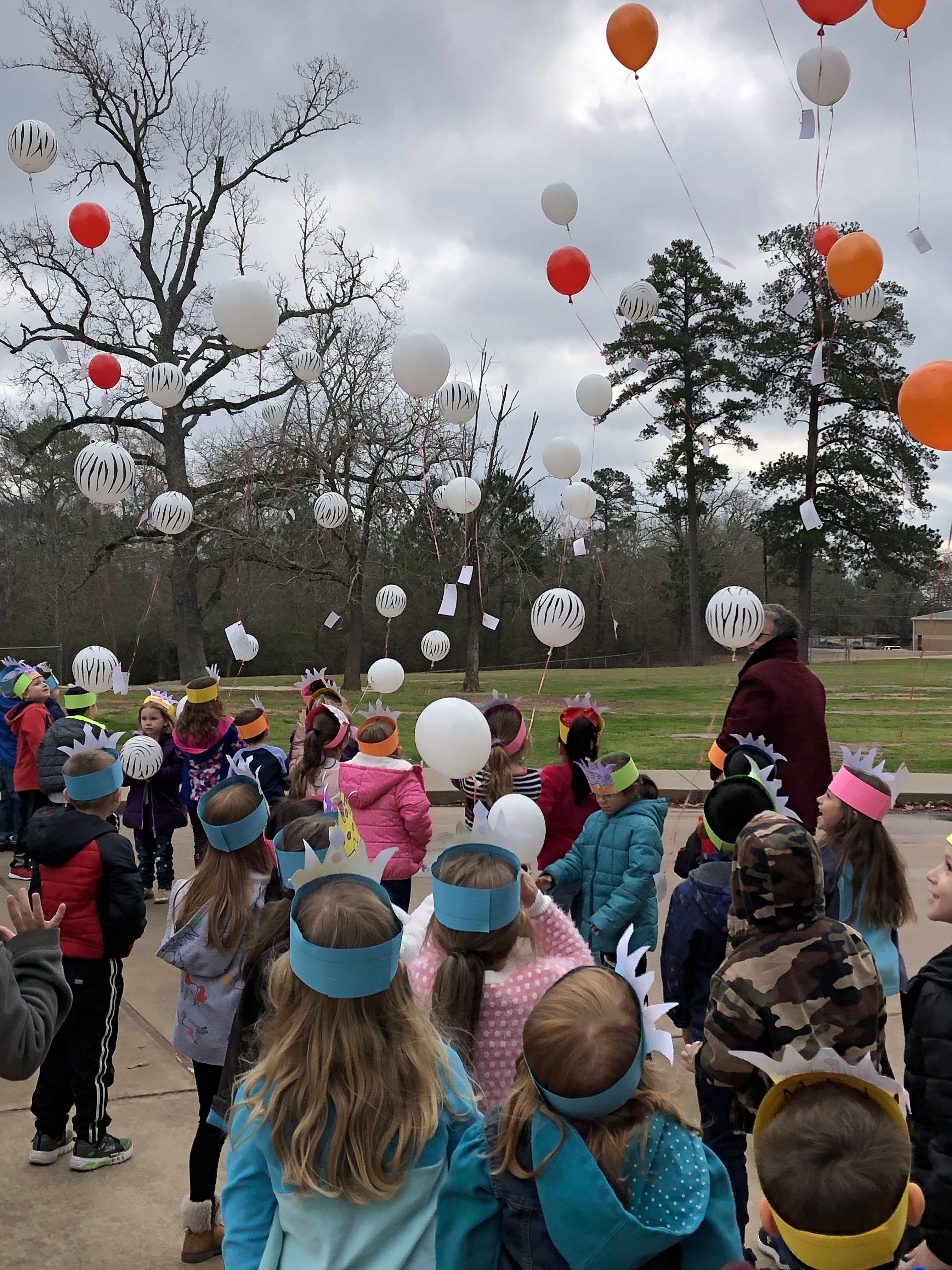 Cushing Elementary Kindergarten students received a very surprising letter about a week after their balloon launch to celebrate their 100 days of school on February 6th.  A very nice lady wrote from Athens to say she'd found one of their balloons.  However, she didn't live in Athens, Texas, she lived in Athens, Michigan!  Even though she lives more than 1000 miles away, she found one of the balloons from Cushing Elementary less than 24 hours after it had been released!  You can read her letter to the students below. 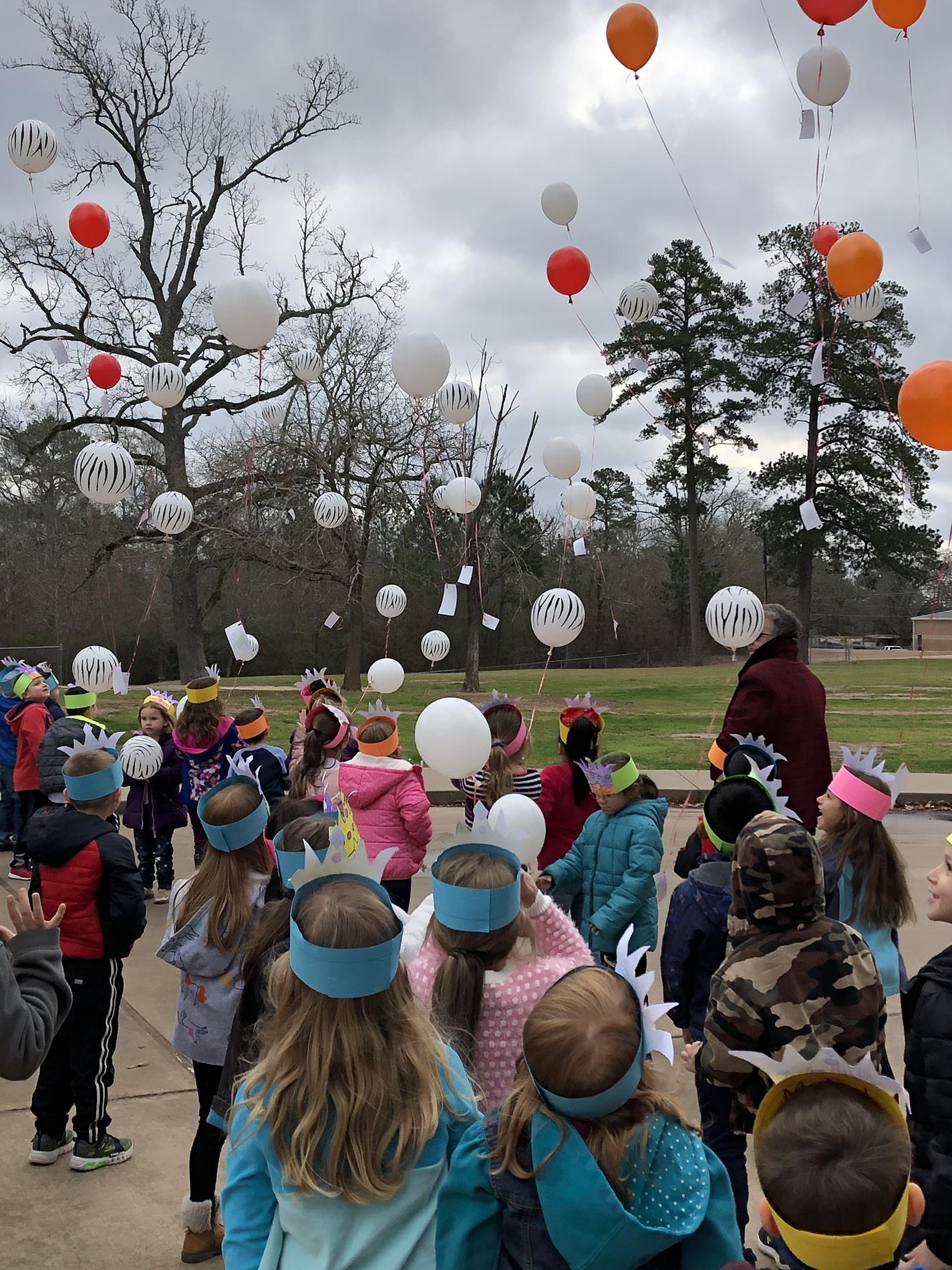 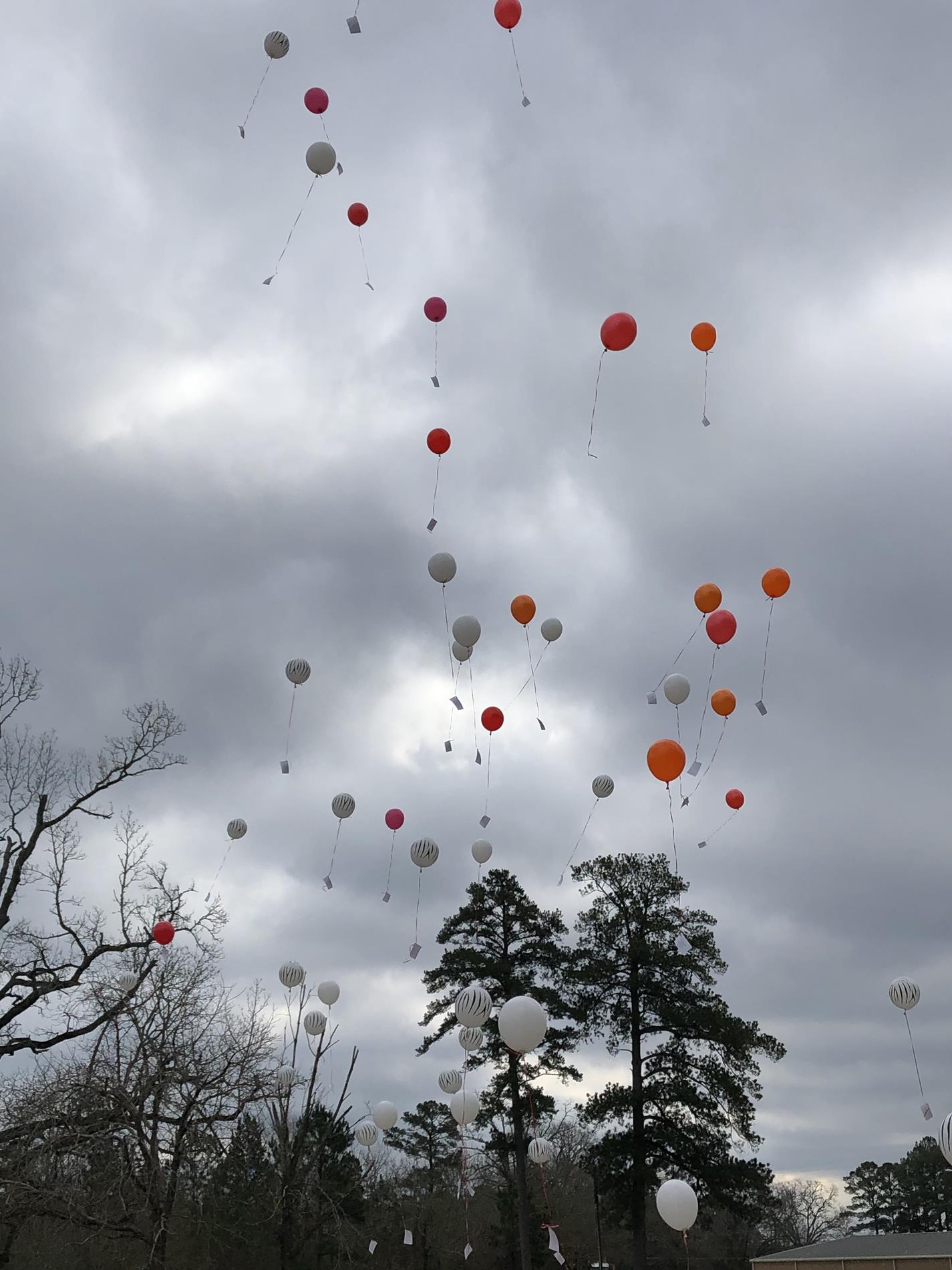 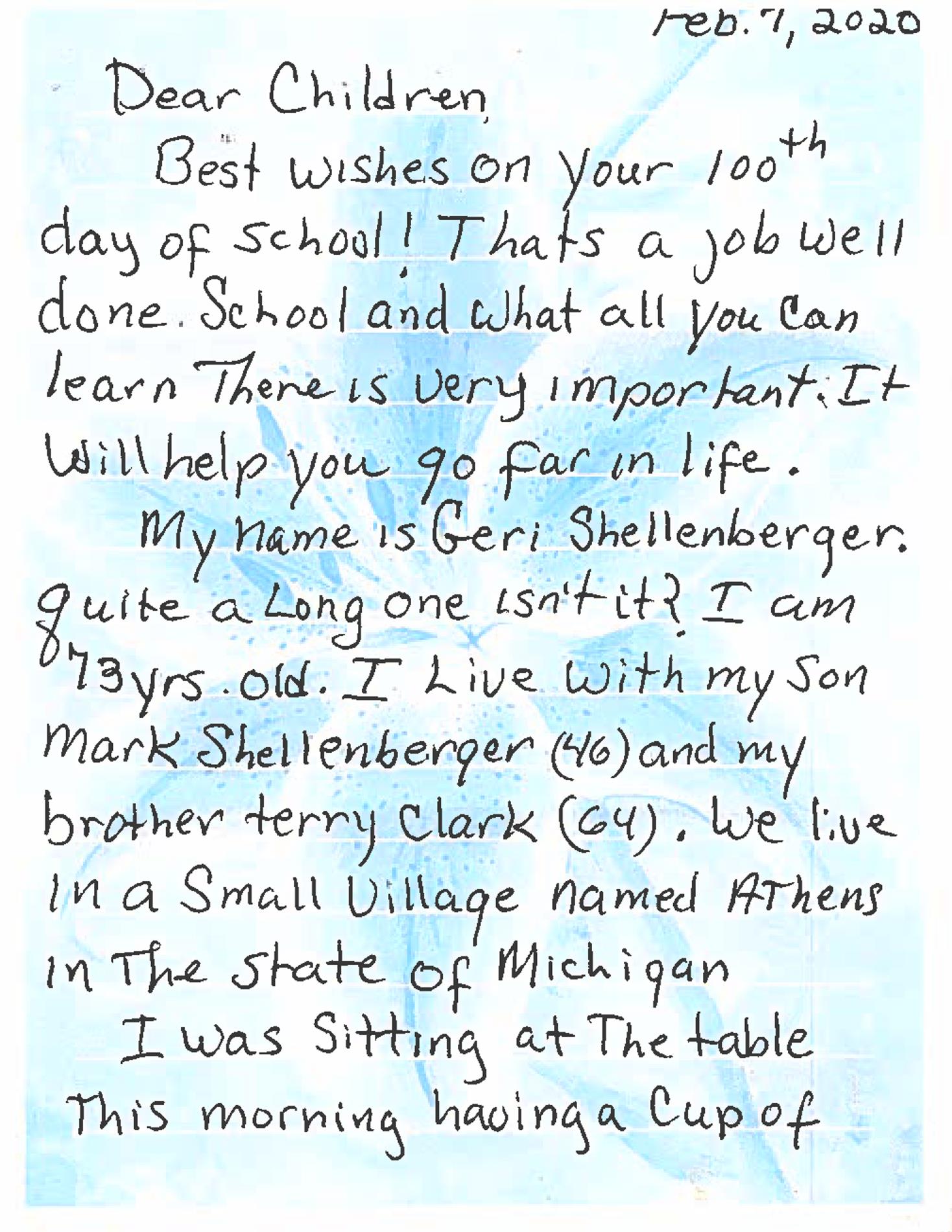 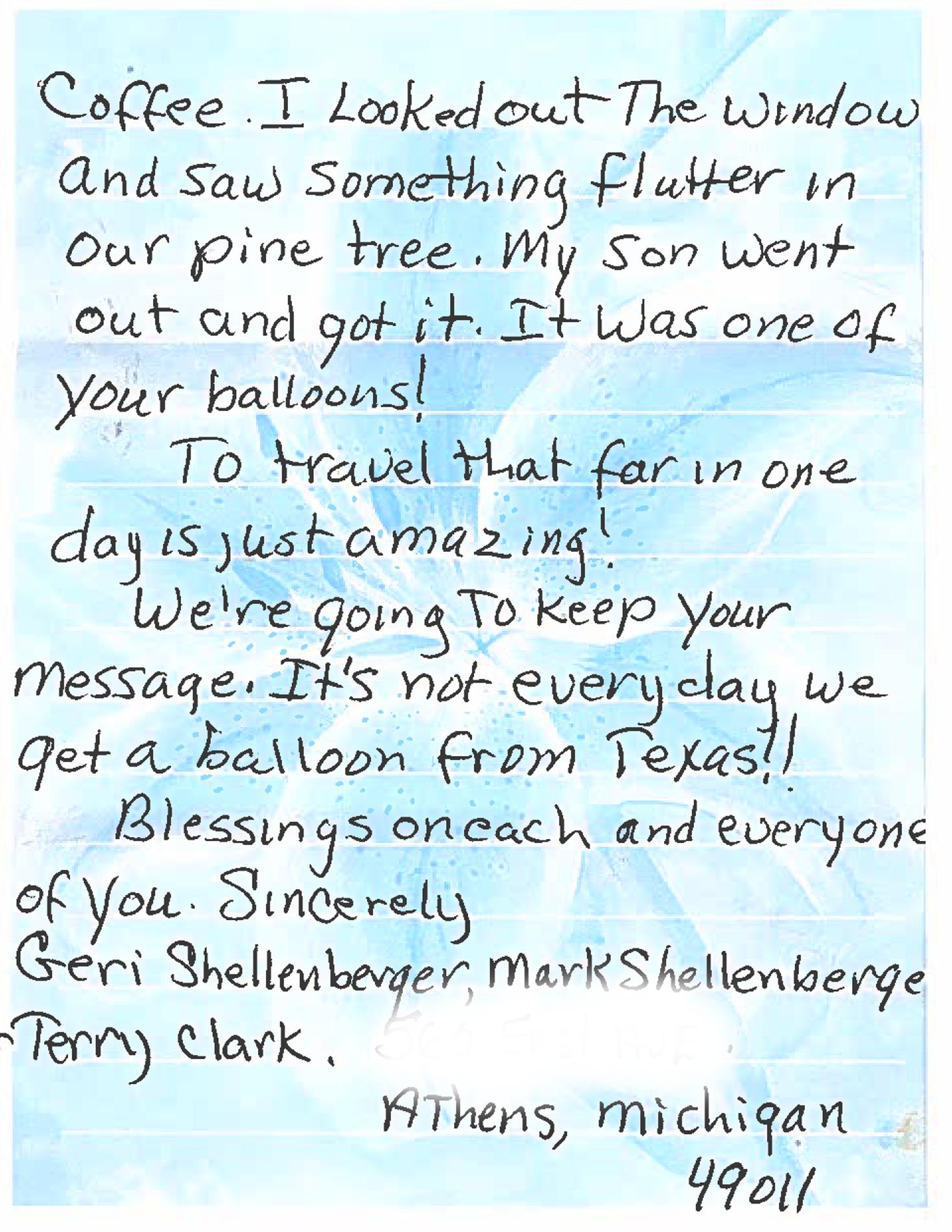